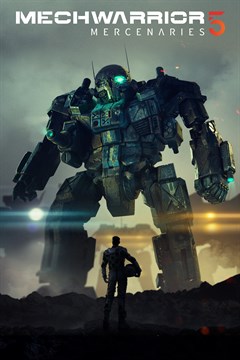 BE YOUR OWN WEAPON OF WAR Welcome to the year 3015! It’s a hell of a time to be alive. Humanity has colonized thousands of star systems, war is everywhere, and the battlefields of the future are dominated by hulking machines known as BattleMechs. It’s dangerous work for the elite pilots of these metal monstrosities, but that’s why a power hungry MechWarrior like you came here, right? If you’re looking to blast, wreck, stomp - and profit - step inside!

MechWarrior 5: Mercenaries has a total of 19 achievements worth a gamerscore of 1000 points