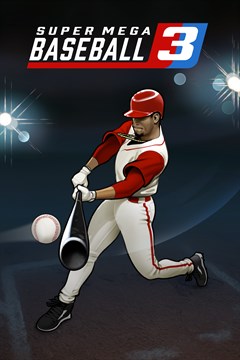 Run up the score in a relaxed slugfest or push the limits of your reflexes in this refined baseball simulator. The third entry in the series features all-new Franchise and Online Leagues modes, major graphical enhancements, and on-field additions including pickoffs and situational player traits.